A Speech, A Stoning, A Fire Breathing Dragon~Day 14

Frederick Buechner from Listening to Your Life

Acts, chapter six ends, Stephen is arrested. Thus begins the longest address in the whole of Acts, chapter seven. And one of the most important.

Then the hight priest asked Stephen, “Are these accusations true?” Acts 8:1 NLT

Stephen’s reply grabs attention, all eyes are on him. “Brothers and fathers, listen to me. Our glorious God,”  and on it goes. Stephen reviews the history of Israel and the contributions made by their revered leaders; Abraham, Joseph, Moses, Joshua, David, Solomon.

This address was more than a recitation of familiar facts. It is also a refutation. Stephen refutes the charges against him, bringing to light their own national sins. Recalling and reminding them through their own scriptures, the Jewish nation is the guilty party here. In fact, saying they are guilty of worse sins than the ones they are accusing him of.

You stubborn people! You are heathen at heart and deaf to the truth. Must you forever resist the Holy Spirit? That’s what your ancestors did, and so do you! Name one prophet your ancestors didn’t persecute! They even killed the ones who predicted the coming of the Righteous One-the Messiah whom you betrayed and murdered. You deliberately disobeyed God’s law, even though you received it from the hands of angels. ~Acts 7:51-53 NLT

The leaders were infuriated, shaking their fists at Stephen in rage. Holding their ears and shouting terrible things at him.

But Stephen, oh Stephen, your next words bring me to my  knees.

But Stephen, overtaken with great faith, was full of the Holy Spirit. He fixed his gaze into the heavenly realm and saw the glory and splendor of God-and Jesus, who stood up at the right hand of God.

“Look!” Stephen said. “I can see the heavens opening and the Son of Man standing at the right hand of God to welcome me home!” ~Acts 7:55&56 TPT

Did you notice Jesus is standing? Standing to honor Stephen.

Fix your wild beating heart on that.

Stephen looking up, Jesus standing at the right hand of God, looking down, waiting to receive his humble servant. Wow!

Capture it in your hand, hold it tight, and do not let it go.

In the dark of night when sleep alludes, worry and fear overwhelm, fix your heart on that picture. Jesus standing to greet Stephen. If I could sing (which I can’t~smile) I would be singing Mercy Me’s, I Can Only Imagine.

Stephen’s death, a brutal one, as the officials rush him and dragged him out of the city, stoning him.

As they stoned him, Stephen prayed, “Lord, Jesus, receive my spirit.” He fell to his knees, shouting, “Lord, don’t charge them with this sin!” And with that he died. ~Acts 7:59 NLT

Does any of this sound familiar to you?

Jesus, The Messiah, hangs on a cross, stripped and striped, beaten and bloody, not worried about himself, but them, us, me, the sinner.

Not only that, Stephen prays. I cannot begin to fathom my reaction to such persecution. Would I pray?

Do I turn to prayer today, when, in my everyday life, the smallest blip on my radar screen sends me screeching in annoyance?

Before we leave the page today, I want to introduce you to our fire breathing dragon. A man named Saul. He breaths fire with threats of death and persecution at the believers, dragging them off to prison, women and children alike.

Saul was present at Stephen’s death.

Now, Saul agreed to be an accomplice to Stephen’s stoning and participated in his execution. From that day on, a great persecution of the church in Jerusalem began. ~Acts 8:1a TPT

The winds of change scatter seeds, God longs to grow.

Please sign up and receive my daily emails. You will not want to miss one step of this Journey to Action. Coming tomorrow: Day fifteen: Persecution and Fear Scatters the Believers!

Enter below for a Dayspring give~away below! $100 to spend at Dayspring!!

I love this book, the concept, the stories, and the cover. The fact that I was invited to be tucked among the pages is an honor.

You can order your copy here . Or here. All proceeds for this book will be divided equally between two ministries in South Africa: The Vine School in Cape Town, and The Ten Dollar Tribe.

“If you only have one hour in the day to write, don’t spend it frustrated. Spend it writing.” ~@lisajobaker, #FMFbook
a Rafflecopter giveaway 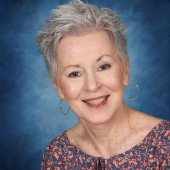 The Unexpected: Struck Blind By The Light~Day 17

Healing At The Beautiful Gate~Day Six

This site uses Akismet to reduce spam. Learn how your comment data is processed.

Join me as we Redefine the Wilderness through sowing, nurturing, and bearing fruit, one small moment at a time.

You have Successfully Subscribed!

Some links on my site are affiliate links, which means I receive a small compensation if you purchase the product or service. The compensation, however, will never influence the content, topics or posts made on this blog. I only link to products I have used and personally recommend.